That's a lot of Poop!

There are over half a million dogs in New Zealand.

This means an estimated 85 tonnes of faeces are deposited in our parks, reserves, streets and properties 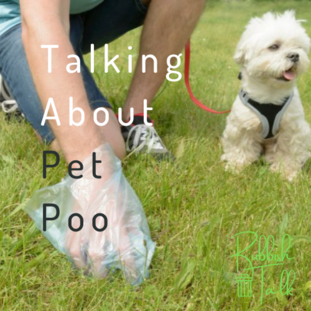 ​​The Red Bin
If you aren’t going to compost then the best option is in the red bin.  The council ask that you double bag it so its not as gross and stinky to deal with at landfill..

Biodegradable plastic poo bags
A great example of greenwashing as they're not required for composting and irrelevant for using when they go in the red bin to landfill. Don’t put it or pet waste in the green bin as the compost is often used later for edible gardens. Rule of thumb – would you eat from your compost bin when composted? Never flush dog poo bags (even if labelled flushable or compostable) as the can block the sewage system including your pipes.

If you do need to use plastic bags for collecting dog poo, look at plastic bags you may be throwing away such as frozen vege or bread bags. Don't have enough? ask your family, neighbours or a local sausage sizzle for theirs.

Can I compost it?
Yes you can compost dog waste. Pet waste can carry pathogens but when done correctly and brought to the right temperature to kill pathogens and parasites, pet waste can be composted. If done wrong it can pollute soil and water quality and human health if buried too close to vegetable gardens or waterways.

A system for small dogs:
This system is suitable for small dogs. It uses a large plastic bucket with a lid, with lots of holes drilled in the sides of the bucket, and the bottom cut out. The bucket is buried in a suitable spot (be sure to pack lots of dirt firmly around the sides so it doesn’t flood when it rains). A large handful of compost worms are added to get things started. Then it’s simply a case of adding dog poo to the bucket and letting the worms do their thing. Find full instructions and tips here.

A system for large dogs:
The principle of this system is very similar to that used for the home-made system for waste from small dogs. However, it uses a larger barrel which is buried, with a pipe sticking out to add the dog poo. Find full instructions and tips here.

Poo Composting systems
There are pet waste composting systems available to purchase in New Zealand. One example is the EnsoPet pet waste composting kit, available from Zing Bokashi. It uses the same principles as a traditional bokashi system. The enzyme that is sprinkled over the poo must come into direct contact with the poo for the best results. This is why Zing Bokashi recommends not using any plastic bags with its system, even home compostable bags, as the bags don’t break down fast enough to allow the enzyme to work on the poo itself.

What is the best way to collect while I'm out and about?
We encourage people to take the waste home, always pick it up and take it home (not throw in the bushes), rather than fill up the public bins in parks, which become overflowing and present a H&S risk to both the workers who have to empty the bins, park users, and pets.

Whether you are using a composting at home or not here some ideas for staying sustainable - Reuse plastic bread bags etc. Try an old tin or plastic container with a lid. You could keep it in a bag with tongs to pick up the poo, and carry it with you on walks. Scoop the poo up with newspaper, a paper towel, or reuse a paper bag and then put this package into a reusable wet bag. You can then put the paper package into your pet waste composting system.
Buy or make a pooper scooper that includes a lid. Large old plastic bottles can make great homemade pooper scoopers.

What do I do with Cat Poo & Litter?
Unfortunately, cat poo is difficult to compost safely due to parasites including Toxoplasmosis so needs to go in the red bin. This includes the litter where the anything touching the poo can carry parasites. Wash your litter tray with hot soapy water regularly.

What about Guinea Pig and Rabbit Waste?
If you only use hay and newspaper then you can pop this and their waste directly on your garden, home compost or in the Green Bin.

​A tough topic but having pets is a huge driver of the climate crisis. It’s a bit of a taboo to even mention it in sustainability circles (just like not having kids was a few years ago), but we think it’s a topic that needs some discussion.

The biggest environmental impact associated with our animal companions comes from producing meat-based pet food, which uses land, water and energy resources, and is a significant source of greenhouse gas emissions. According to one estimate, owning a medium-size dog can have a similar carbon footprint to a large SUV. Plant- and grain-eating pets such as rabbits and rodents have a much smaller impact. As well as food, pets need toys, grooming products and various accessories, which also come at an environmental cost.

To reduce the strain on the environment, buy only the food that they need, and have your pet spayed or neutered to reduce the chance of unwanted litters, which can lead to overpopulation in rescue shelters. Reduce your consumerism of toys too. A ball and a stick is enough. Michelle bought some rope, cuts off a bit and ties it into chew or tug-of-war toys, she's still got rope left after 10 years of doing this.

Finally, some cat owners worry about the wild animals killed by their moggy and it is a real issue. In New Zealand urban areas, there are 220 domestic cats per square kilometre (a typical cat ranges over 2.2 hectares). A year-long study of 208 cats in urban Dunedin showed that these efficient predators kill more birds, skinks, geckos, and weta than rats and mice. The Dunedin research, also found that placing bells on cats halved the number of birds caught.

- Keep in at night

- Consider whether you need a/another pet

Be Aware
Dog & cat faeces can contain nasties such as campylobacter, E. coli and salmonella type bacteria, as well as various parasitic worms, which can all be transferred to humans. With that in mind, here are some tips for pet waste composting.

DO: always remove dog poo from public spaces. If left, poo could be eaten by other dogs or enter waterways, increasing the risk of spreading these diseases or parasites.

DO: set up and use a separate compost system for pet waste. The resulting compost is ONLY suitable for ornamental (not edible) flower gardens.

DO: be very careful if using a reusable bag or scoop to pick up dog poo in public. If you don’t want to use newspaper or a plastic bag, make sure that any reusable scoop or bag is washed thoroughly in hot, soapy water before using it again.

DON’T: use compost from a pet waste system on vegetable gardens or fruit trees. Again, this puts humans at risk of contracting diseases or parasites from the poo, as the compost system won’t kill these off.