Andrea Cummings Would you like a toilet with that? Story of the North New Brighton Welfare Centre

​Thanks to our 2016 Collaborators and Fabulous Funder The Tindall Foundation

​Christchurch mother of three, and children’s book author, Sarina Dickson, shares her experiences about the Canterbury earthquakes and recovery, as well as giving some insight into her series of children’s books. Sarina, works alongside children and families with emotional and behavioural stress. A part of Kotuko Creative, she uses her experiences and knowledge to create children books, aimed at helping families suffering from anxiety and finding ways to cope in times of difficulty.

‘Wishes and Worries’ and ‘Maia and the Worry Bug’ were the first of Kotuku Creative’s books to hit the shelves of school libraries and bookcases around Christchurch. ‘Wishes and Worries’ aimed at school use, and ‘Maia and the Worry Bug’, written by Julie Burgess-Manning, aimed at a home audience, creates a framework where the message is consistent throughout family and school. “The difference with our resources is that there is a book for teachers and a book for home, it creates scaffolding around the child where the message is consistent, and it creates a support network for teachers and parents”. The positive feedback coming from the public as well as education providers meant that funding could be given to print 24,000 copies to be distributed to families and school libraries around Christchurch.  Both books concentrate on themes of anxiety and how to manage and handle stress as a family. “The premise of the books are to externalise worry. There are lots of activities and exercises for parents and teachers to use to help take responsibility for that. While it gives suggestions to children, it doesn’t leave the responsibility with them”. Sarina is currently working on a book for the 8-12 year old age group, focusing on a theme of resiliency.

Sarina’s own experiences with the Canterbury earthquakes and her family’s road to recovery are what helped the inspiration for these children’s books. “We lived in the central city, so we had to leave immediately. We’ve moved houses a lot since then and have found it difficult to settle. I feel I can’t separate my experiences from my children’s, we have definitely become closer as a family”. For Sarina and her family, there has been a lot of positive growth from the last five years. “We thought about leaving, but we made the decision to stay and make the most of every opportunity available. There has been so much come out of that for us, it’s been huge!  But from these experiences, Sarina explains, comes learning and growth. “I think that I’ve come to accept that things aren’t forever, that we aren’t in control of everything and that’s okay!”

As a part of recovery and remembrance, Sarina and her family come to River of Flowers to look back on the past five years. “I think it’s really important to reflect as an individual and as a community and I think that’s the importance of River of Flowers. It gives people this opportunity, and to know that they aren’t recovering alone”. River of Flowers has become an event that symbolises the growth and recovery for the people of Christchurch, while allowing people to reflect and remember their past experiences, and those that they may have lost. “I think its such a success because its unique, community lead and accessible for everyone. I just think its beautiful on so many levels, the flowers get taken by the river and it’s symbolic of that we are not in control of everything. It helps people understand that they are part of something bigger, it makes them feel they are a part of a community”.

Sarina believes that the future for Christchurch is a bright one. “I want it to be the centre of mental health excellence in the world, and it already has come so far. I think we are also headed to be an alternative arts capital! Visitors are blown away because there are so many things here that people have never seen before, and it can only get better!”Sarina Dickson is reading from her books at the Bloom Exhibition this Sunday 21st at 2-3pm joining other talented authors and poets, Canterbury Museum. The illustrations from Jenny Cooper are also exhibited. ​ 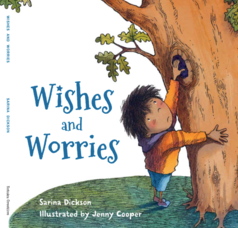 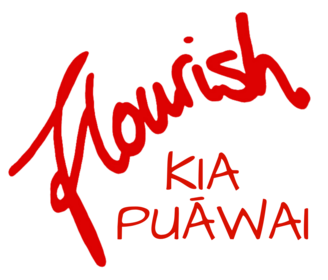 In 2016, River of Flowers again commemorated the 22 February 2011 earthquake. This was the fifth anniversary and an

important milestone for our people and city. For many this anniversary was a poignant and significant time to reflect.

This temporary exhibition told the story of the Canterbury earthquakes, through messages of hope, flowers, stories and poetry

tributes made by the people of Christchurch.

On Monday 22 February, River of Flowers’ sites were across the city to host local community commemorations.

the good in our recovery journey in their own time throughout the month.

The exhibition was accompanied by three public programmes:

Entries were run through schools and closed on 9 November, 2015. The topic of the poem, to be no longer than

eight lines or 40 words, is “Who or what gave you strength to carry on after the earthquakes?” A panel of judges

chose the five best poems which have been posted on the Poetica Facebook page.

The winning poem featured a mural created on a window in the exhibition. The mural was revealed on Monday, 4pm, 22nd February. The competition received over 100 entries.

Visitors Lounge in the Museum. Whole classes took part from all over Christchurch. Children and families brought their own or made them on site in weekend workshops.

The river nearly flooded and was incredible to see!

earthquakes, the last five years and the future of our city. High Schools and Youth Groups wrote up their poems on the walls. Visitors to the city and museum also wrote a poem or Messages of Hope during the month.

story since. A curated sample of writing from each of our nine invited authors was exhibited. This gave visitors a chance

to read and reflect through other’s powerful words throughout the month.

powerful way. Sessions were made up of authors, poets and children’s book authors.

The River of Flowers facebook has up to date information about the events and activities before and during February 22nd  - make sure you hit LIKE PAGE and share.

Readings by local authors and poets

Question time and open-mic for poets follow all sessions​ 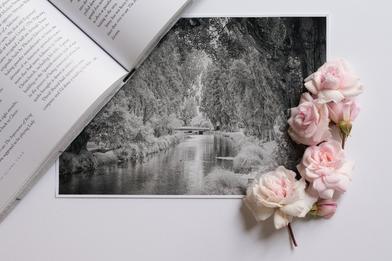 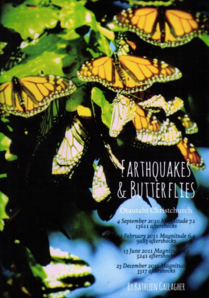 Jennifer Barrer New Zealand made after the earthquake

Jane Bowron Old Bucky & me; Dispatches from the Christchurch Earthquake 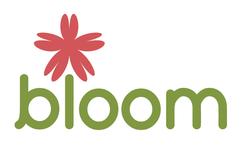 The story, although covering the path of many characters, is born out of Kathleen’s own experiences through the period of the Canterbury earthquakes. The novel could be described as a reflection on past events, and a meditation on recovery and rebuilding, making it relatable to any reader that has been through times such as these. The beginning of the 5th anniversary of the Canterbury earthquakes was the publishing date for the novel. Kathleen explains that there could be no other time more appropriate. “I felt it was the only time it could be published, for me it was cathartic, and I hope it is for the readers as well”.  The inspiration for the novel came from Kathleen’s own experiences, but also the fact that, when commissioned to write a play, and make a film on the events, there was nothing that could quite say as much as a novel could. “I feel I couldn’t say as much as I wanted to any other way, so that’s how the book was born, I felt there was no other way to tell our story”. The narrative allows the reader to walk the footsteps of the characters, and their experiences of the earthquakes. It gives the readers a personal understanding of the effects and impacts caused by such a string of events.

Kathleen attends River of Flowers each year to reflect, she describes River of Flowers event as ‘simply beautiful’. “I think coming together and putting the flowers in the river is really special. Watching them flow down the river is beautiful. I think it a really special event”. Kathleen believes that disaster commemorations are important for remembrance and recovery. “For me its remembering people that have died during the whole earthquake period. It’s bringing us together and acknowledging their part in the recovery as well, and their work then and now in the community even if they have passed on”. Kathleen also explains that a big part of recovery, particularly for herself, is change, but through this comes growth. “I guess that I’ve been shaken to my very core, I’ve had to change, I was making environmental films, but we lost all our sound studio so it made it hard. I changed the format that I’m working in, writing books instead. I feel I’ve been forced to dig deeper, then I have ever before, so I hope that I have changed in a good way, and that Christchurch continues to shift in a good way”.

The change in Christchurch for Kathleen has been immense, but beautiful. Community is one of the parts of Christchurch that has positively grown. “I think the caring in our community was and still is phenomenal, I think this is a really special community to belong to”. Kathleen believes, just as many of the residents of Canterbury, that although Christchurch has been through events such as these, it is still incredibly special. “Christchurch is the place where women’s vote first came through in the world, where they started the 40 hour week, ACC legislation in the 1990’s, the nuclear free movement, this is the first city in the world to start all these things. It’s a place where the first change comes though. So it’s a remarkable city”. It is clear to Kathleen that Christchurch was and still is an extraordinary city to be a part of.