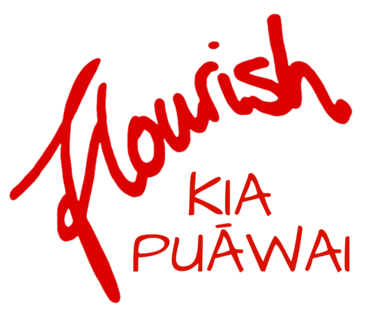 ​​A Climate for Change

We will be putting up and sharing our first videos very soon. Keep a look out here and on our Facebook Pages!

The first video will be an intro to A Climate for Change, which Flourish's Michelle Whitaker is putting together now. Followed by Tanya Didham interviewing of participants on the 9th Great Otakaro River Walk. Flourish's Mark Gibson is leading the walk with David Hill of Walk for the Planet supporting.

This Walk is dedicated to the late, great and our much missed friend Evan Smith.

The Intergovernmental Panel on Climate Change, the IPCC, says to avoid disaster we must limit warming to within 1.5 degrees. Yet our current trajectory has us on course for a 4 degree rise. We have left it late, the climate change is already impacting many other countries across the world including the increase of bush fires in our neighbour Australia, and now Western America, Arctic, Alaska and the Amazon.

​
The whole world and Canterbury is going to be hit by major disruptions and breakdowns with collapse at different levels. Those already vulnerable will be hit first and hardest. Most media – depending where they fall on the political spectrum – are sharing climate science and local information. Stuff has created a great column called ‘Quick! Save the Planet’. But if we don't carry that conversation into our daily lives, no strategies are thought through, no plans are formed. No one takes action and the planet continues to heat. Flooding, heatwaves, droughts and wildfires will become more frequent, Christchurch's summers get hotter and drier, while increasingly large storm systems bring deluges that flood our catchments and trash our infrastructure like bridges and roads.

We need to mitigate and adapt faster. Bioregional scale for transformative regeneration is required and the best solution for these scary times. Our challenge is going to be to build as much local resilience and capacity to keep responding to these transformations in a way that we have a good chance to get through them.

Dr Katherine Hayhoe is one of the world's leading climate scientists and states the number one thing we can do - is talk about climate change. And it's not about spouting science. Arguing 'facts' is a pointless exercise. Instead another approach is to talk about how it will affect us as individuals. Bring the conversation down to the personal investment. Connect the dots between what is important to people and how those things are affected by changing climate.

If we start today, get it right and begin to redesign our presence on earth, make it more regenerative by bringing fertility and carbon back into the soil, reforestation, cleaning waterways, reducing carbon emitters and embracing alternatives. The solutions already exist, let’s talk about them, live the questions to get to the right answers and together make a good future for our home, Canterbury.

This initiative grew our of Eastern Rising - a rag tag group of local community-minded people who wanted to promote East Christchurch after the earthquakes and created a series of podcasts supported by PlainsFM.

Thank you for funding this urgently needed initiative Rata Foundation!

"Amid all the doom-laden exhortations to change our ways,

let us remember that we are striving to create a more beautiful world, and not sustain, with growing sacrifice, the current one.

The biggest thing each of us can do this year for Climate Change is to vote for leaders and a party that are going to make a difference. We will be reviewing each of the main political parties' Climate Change policies to help you make the right choice for all our futures.

Policies are being reviewed shortly by Flourish's Sharon Torstonson and will be shared here by October 2nd when voting opens. 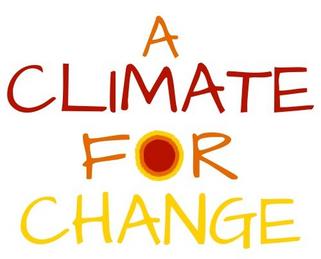 Unfortunately we are still needing to talk about Climate Change. So we've developed a social media based communications campaign focused on East Canterbury to enable us to understand the crisis, talk more about it and share actions that all of us can do and support much needed change.

We will be interviewing locals about what they are doing, hear their stories and encourage us to take action too. We will talk to our neighbours, activists, academics and businesses who are committed to creating change. We will write articles and share other great info that will help you and us deal with an uncertain future. If you know someone we should talk to, including you please get in contact!

Look out for our short videos on social media and the full length interviews and articles will be linked below.

Thanks to Rata Foundation for supporting this initiative.

Our planet is facing an unprecedented challenge. We are living in the shadow of a disaster – and it is one of our own making. Just like the people who lived by the doomed nuclear reactor at Chernobyl, we are on the verge of destruction.

Humans have destroyed half of the rainforests, replaced wilderness with settlements and farmland and caused an apocalyptic decline in plant, animal and insect species. ​​We are polluting our air, draining our rivers, warming the oceans and making them more acidic. We have depleted the ozone layer and brought about potentially disastrous climate change.

Humankind, in other words, has set a course for a devastating future, not just for the natural world but for itself. And if we continue, we will, like the people who once lived in the shadow of Chernobyl, risk sleepwalking into global catastrophe. What faces us today is nothing less than the collapse of the living world. Yet there is still time to change course, to find a better way of living.

We can, and must, begin to put things right. And at the heart of this global effort must lie respect for biodiversity – the very thing we are destroying. ​​Restoring biodiversity on Earth is the only way out of the crisis we have created. And that, in turn, means ‘rewilding’ the world, re-establishing the balance between the human world and the rest of nature, step by step, as I set out below.

​1. Prioritise people and the planet over profit

What has brought us to this moment of desperation? I believe it is our hunger for perpetual economic growth. This one goal has dominated social, economic and political institutions for the past 70 years. And the result is that we are enslaved to crude measurements of our gross domestic product (GDP). Yet the price paid by the living world is not accounted for.

In 2019, fossil fuels provided 85 per cent of our global energy, but the carbon they release into the atmosphere warms the Earth and increases the acidity of the oceans, with disastrous consequences. Now we need to make the transition to renewable energy at lightning speed.

A carbon tax penalising all emitters would radically speed up the process. The Swedish government introduced such a tax in the 1990s and it worked. As the new, clean, carbon-free world comes online, people everywhere will start to feel the benefits. Life will be less noisy. Our air and water will be cleaner, with fewer premature deaths from poor air quality.

The ocean covers two-thirds of the surface of the planet. By helping the marine world to recover, we can simultaneously capture carbon, raise biodiversity and supply more food.

It starts with the industry that is causing most damage to the ocean – fishing. Ninety per cent of fish populations are either over-fished or fished to capacity. But this can be fixed with a global effort to create a network of no-fishing zones throughout coastal waters where fish can grow older and produce more offspring. They then repopulate neighbouring waters.

We need no-fishing zones to encompass at least a third of our ocean to enable fish stocks to recover. If all international waters (owned by no one) were designated a no-fishing zone, we would transform the open ocean from a place exhausted by our relentless pursuit to a flourishing wilderness that would seed our coastal waters with more fish and help us all in our efforts to capture carbon.

More radically, we can reforest the ocean. Kelp is the fastest-growing seaweed, forming vast submerged forests that boast remarkable levels of biodiversity. But even this wonder plant needs healthy seas. The forests are prone to attacks from sea urchins and, where we have eliminated animals such as sea otters that eat the urchins, entire kelp forests have been devoured.

​​4. Learn to get more food from less land

The conversion of wild habitat to farmland has been the single greatest direct cause of biodiversity loss during our time on Earth. In 1700, we farmed about one billion hectares. Today, our farms cover just under five billion hectares, more than half of all the habitable land on the planet.

To gain those extra four billion hectares, we have torn down seasonal forests, rainforests, woodland and scrub, drained wetlands and fenced in grasslands, destroying biodiversity and releasing carbon stored in their plants and soils. Removing the wild has cost us dearly.

For farmers, there is an inexpensive low-tech approach: regenerative farming. Herbicide and pesticide use are reduced, crops are rotated to rest soils, and organic matter rich in carbon is brought back into the topsoil, storing carbon.

But these improvements will only get us so far. If we are to farm less land, we must eat much less meat, especially red meat, and especially beef, which, when including the grain fed to cows, consumes 60 per cent of our farmland. Instead, we must change to a diet that is largely plant-based, which will reduce the space we need for farming and reduce greenhouse gases. Estimates suggest that by changing our habits, humankind could feed itself on just half of the land that we currently farm.

5. Save our forests and rewild the Land

Much of the developed world cut down its forests long ago. In the poorer tropics. the rich tree cover is still being destroyed to provide the beef, palm oil and hardwood that wealthier nations consume. And it is the deepest, darkest and wildest forests of all – the tropical rainforests – that are disappearing. If this continues, the loss of carbon to the air, and species to the history books, would be catastrophic for the whole world. We must halt all deforestation now.

By directing our trade and investment, we can support those nations to reap the benefits of these resources without losing them. We must find ways to make wilderness valuable to those who own and live in it, without reducing its biodiversity or its ability to capture carbon.