We need to also

protect what we have!

Stopping all Deforestation and restoring forest resources could offset up to one-third of all carbon emissions worldwide.' Project Drawdown

''My conviction, based on personal experience, is that trees are like lungs. If we do not protect them, and increase their numbers, it will be the end of the world.' Yacouba Sawadogo, The man who stopped the desert, Project Drawdown

There has been plenty in the media of late about the need to plant more trees. Only 0.5% of the lowland of our Waitaha/Canterbury bio-region has native forest cover. A campaign has started to turn Ōtautahi Christchurch into a National Park City, led by our very own science advisor, Dr Colin Meurk. It has now been picked up by the Mayor and The Press. This will mean planting swathes of new trees and hopefully protecting what we have, from the hills to the wetlands.

Thousands of native trees and plants are being planted on public land already in places like the former Red Zoned land along the Ōtākaro Avon River, Cranford Street basin, Whakaraupo/Lyttleton Harbour and in wetland construction projects such as the Eastman-Sutherland in the catchment of the Ōpāwaho Heathcote River. So, the growing number of native tree nurseries in the region are expanding their operations to keep up with demand.

The first place we can make a difference is at home.We can consciously contribute to the native reforestation of our city and region by planting native trees where we live. If we have available space we just need to choose wisely before planting. But we also may need to make space by removing something to make way for natives.

Choosing wisely means learning about the trees that are best suited to your location, and the bio-region as a whole. What historically thrived here? If you don’t know consult landscape ecologist Di Lucas’s online map. It also means sourcing local seed, or plants that have been grown from local seed. This is important because it protects the integrity of local varieties of trees. The North Island kowhai, for example, is different from the southern version. Community Trust Trees for Canterbury source local seeds and have seedlings for sale at a very reasonable price.

The selection process of what to plant also needs to consider how to enhance habitat for native birds and insects. If we want to see particular native birds on our properties, we need to plant trees that attract them and provide sustenance for them. You can enhance the bio-diversity of your neighbourhood simply by planting natives that attract insects such as bees and butterflies.

Our decisions at home have far greater importance than we think. By planting natives wisely, we can help create pathways across the urban landscape for birds. So, our properties are more like a bridge than an island when we think ecologically. You and your neighbours can create green links between local reserves and parks.

Volunteer
But whether we have scope at home for native reforestation or not, we can be a volunteer in the growing green wave of volunteers reforesting public land. There are a host of opportunities each winter and spring to join community planting days in the city and beyond. Get on mailing lists and follow organisations involved in planting to stay connected to what is going on. Many community plantings days are put on Facebook and on EcoCanterbury .

Better still you could join a community group in your area that partners with local authorities in the ongoing care and revitalisation of public parks and reserves. E.g. there are numerous such groups like Ōpāwaho Heathcote River Network and Te Ara Kākāriki Greenway Canterbury Trust creating a corridor of native biodiversity between the Waimakiriri and Rakaia rivers. Volunteers meet regularly to plant, weed, mulch, water and erect guards around young trees. Planting is actually only part of the work that needs to be done for native trees and forests to flourish.

Pest control is also an important aspect of native reforestation. This has recently taken on national significance with the national vision of being predator-free by 2050. If planting isn’t your thing, then predator control to protect our forests might be and you will be making a huge contribution. Once again there are groups and umbrella organisations like Predator-free Port Hills that you can connect up.

​Almost all temperate forests have been altered in some way—timbered, converted to agriculture, disrupted by development. Restoring them sequesters carbon in biomass and soil. The world’s 1.9 billion acres of temperate forests are a net-carbon sink. According to the World Resources Institute, more than 1.4 billion additional acres are candidates for restoration—either large-scale, closed forest or mixed mosaics of forests, more sparsely growing trees, and land uses such as agriculture. With restoration comes additional carbon sequestration.  They also are experiencing hotter and more frequent droughts, longer heat waves, and more severe wildfires, as well as worsening insect and pathogen outbreaks. These disturbances can push temperate forests beyond their capacity for resilience. Restoration efforts will need to continue evolving in response, yet restoration is no replacement for protection. Temperate Forests

​In their biomass and soil, forests are powerful carbon storehouses. Protection prevents emissions from deforestation, shields that carbon, and enables ongoing carbon sequestration. The most critical of all forest types is primary forest, known as old-growth or virgin forest. With mature canopy trees and complex understories, these forests contain 300 billion tons of carbon and are the greatest repositories of biodiversity on the planet. The benefits of forest conservation include biodiversity protection, non-timber products, erosion control, pollination, ecotourism, and other ecosystem services. Forest Protection

​​Secure land tenure protects indigenous peoples’ rights. With sovereignty, traditional practices can continue—in turn protecting ecosystems and carbon sinks and preventing emissions from deforestation. Indigenous communities have long been the frontline of resistance against deforestation; mineral, oil, and gas extraction; and the expansion of monocrop plantations. Their resistance prevents land-based carbon emissions, and maintains or increases carbon sequestration. Beyond carbon, indigenous land management conserves biodiversity, maintains a range of ecosystems services, safeguards rich cultures and traditional ways of life, and responds to the needs of the most vulnerable. Indigenous communities are among those most dramatically impacted by climate change—despite contributing the least to its causes—because of their land-based livelihoods, histories of colonization, and social marginalization. More can be done to recognize the unique impacts climate change has on them, as well as their critical contributions of traditional knowledge and practices. Indigenous Peoples

Mangroves, salt marshes, and seagrasses sequester huge amounts of carbon in plants and soil. Protecting them inhibits degradation and safeguards their carbon sinks. They provide nurseries for fish, feeding grounds for migratory birds, a first line of defense against storm surges and floodwaters, and natural filtration systems that boost water quality and recharge aquifers. Relative to their land area, they also sequester huge amounts of carbon in plants aboveground and in roots and soils below.
Coastal wetlands can store five times as much carbon as tropical forests over the long term, mostly in deep wetland soils. Wetlands face myriad threats, but thanks to research and advocacy efforts, awareness is growing about the role they play in curbing climate change and coping with its impacts. It is vital to preserve healthy coastal wetlands—keeping a lid on the carbon they contain—while also rehabilitating and restoring those that already have been degraded. 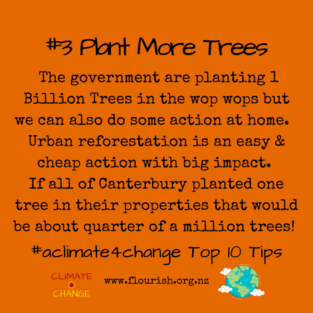 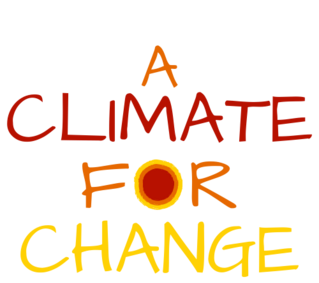